The Institute represents the determination of a diverse group to create a place of active digital memory, shared with civil society and researchers, to collectively think through the Covid-19 pandemic.

Director and founder of the Covid-19 Ad Memoriam Institute, Laëtitia Atlani-Duault is social anthropologist. She is currently Director of Research at the IRD at CEPED (University of Paris/ INSERM/ IRD), Director of the IRD/WHO Collaborative Centre for Research on Health and Humanitarian Policies and Practices, and Adjunct Professor at the Mailman School of Public Health, Columbia University, NewYork. She was awarded the bronze medal of the CNRS for her research in anthropology. Her work focuses on the societal impact of health and humanitarian crises, and on the making and governance of responses to these crises. She was Senior Advisor for Humanitarian Affairs at the United Nations Headquarters in New York (2012-2015), Visiting Human Rights Fellow at the Roosevelt House Public Policy Institute (2012-2015) and Visiting Professor at the Mailman School of Public Health (2015-2017). She teaches at the University of Paris, the School for Advanced Studies in the Social Sciences (EHESS), Sciences Po and Columbia University. She is a member of the steering committee of INSERM-REACTing, as well as of the Independent Commission of Inquiry on Sexual Abuse in the French Church, chaired by J.M. Sauvé. In March 2020, Prof. Atlani-Duault was appointeda member of France’s national Covid-19 Scientific Council and the CARE-Covid-19 Committee.

Jean-François Delfraissy is an immunologist and professor, and chairs France’s Covid-19 Scientific Council. In 2005, he was appointed Director of the National Agency for Research on AIDS and Viral Hepatitis (ANRS), before also becoming Director of the Institute of Microbiology and Infectious Diseases of the National Institute of Health and Medical Research (ITMO/INSERM). In 2010, he participated in the creation of the REACTING/INSERM/ AVIESAN Group, which conducts research in emergency situations. In 2014, he appointed Inter-ministerial Delegate for the fight against EBOLA, and in 2017 was appointed President of the National Consultative Ethics Committee (CCNE). Since 2017, he has been President of the “think tank” Global Health 2030.

Françoise Barré-Sinoussi is a member of the French Academy of Sciences and of the National Academy of Medicine in the USA. She headed the “Regulation of Retroviral Infections” unit at the Institut Pasteur until 2015. Involved in retrovirology research since the early 1970s, she is recognised for her contributions in the field of HIV/AIDS, notably as first author of the 1983 publication announcing the discovery of the virus responsible for AIDS, later named HIV, which earned her the 2008 Nobel Prize in Medicine. Author and co-author of more than 300 publications, Françoise Barré-Sinoussi has been a member of numerous high-level committees in France and abroad. Though officially retired, she remains active on the international scene, notably as President of the Board of Directors of Sidaction, Honorary President of the International Network and of the Department of Virology of the Institut Pasteur, Vice-President of the “think tank” Global Health 2030 and President of the Analysis, Research and Expertise Committee(CARE-COVID-19).

The original Executive Council was composed of Sadek Beloucif, Franck Chauvin, Alain Cordier, Eric Garandeau, Antoine Garapon and Denis Malvy. Each of them manages the activities that fall within their expertise.

Sadek Beloucif is Professor of Anaesthesia and Intensive Care at the Sorbonne Paris Nord University and at the Avicenne University Hospital in Bobigny (AP-HP). He was a member of the National Consultative Ethics Committee (CCNE) from 1999 to 2007 and chaired the Steering Committee of the Biomedicine Agency, responsible for ethical issues regarding organ transplants, embryonic stem cell research and medically-assisted procreation (MAP). Since 2013, he is President of the National Union of Doctors, Surgeons, Specialists and Biologists of Public Hospitals (SNAM-HP). He is also President of the Association Islam in the 21st Century (islamxxi.com) and President-elect of the Islamic Foundation of France’s Orientation Council. 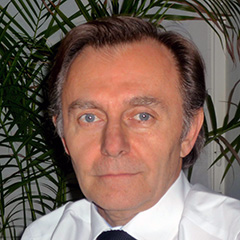 Franck Chauvin has been President of the French High Council for Public Health (HSPC) since 2017, and, since 2011, President of the Commission dedicated to evaluation, strategy and foresight in public health. He is a specialist in cancer prevention and created the Hygiene Centre, a public health platform of the Lyon Auvergne Rhône-Alpes cancer cluster, dedicated to cancer prevention. He is Professor of Public Health at the Jean Monnet University of Saint-Etienne, where he participated in the creation of the University Institute of Prevention and Global Health (PRESAGE). He is also Director of Prevention and Population Health at the University Hospital of Saint-Etienne. He has led or participated in the elaboration of several national plans or reports concerning public health, such as the prevention of cancer risk behaviours, as well as the work of the HSPC, such as the “Priorité Prévention” plan. He leads a research team on the theme of people’s participation in prevention programmes and directs the cancer prevention axis within an INSERM Clinical Investigation Centre (CIC-EC). He was Vice-President of the National League Against Cancer from September 2013 to June 2019. 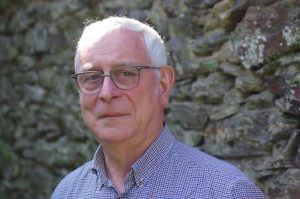 Alain Cordier is Honorary General Inspector of Finance, and member of the Health Insurance Scientific Council and of the Ethics Committee of Lab Santé. He is a director of France Parkinson, of the Fund for Innovation in Immunopathology, and of the Friends of l’Arche Foundation. He has held the following positions: Special advisor to the Director-General of the Ile-de-France Regional Health Agency, member of the College of the National Health Authority, Chair of the Commission on Care Strategies, Vice-Chair of the CCNE, Vice-Chair of the Council for the Future of Health Insurance, Chair of the Steering Committee of the Biomedicine Agency, Chair of the National Solidarity Fund, Chair of the Executive Board of Bayard Presse, and Director General of AP-HP. 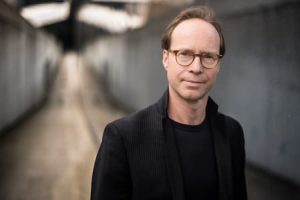 Eric Garandeau has worked for 25 years in the service of the State in the fields of culture, audiovisual media, the digital revolution, architecture, and major projects. As Inspector-General of Finance, he worked on cultural and international projects as well as on the France Télévisions strategy. He was advisor to the Minister of Culture (2002-2004), and to the President of the Republic (2007-2010), Legal and Financial Director and then President of the National Centre for Cinema and Moving Images (CNC) (2004-2007), Vice-President of the Board of Directors of the Cannes Film Festival, Director of France Télévisions and Arte (2011-2013), and initiator and Director of the Intelligence Campus project at the Ministry of the Army (2015-2017). On leave from the civil service, he created Garandeau Consulting to carry out consultancy and manage innovative projects in the public and private sectors, culture and industry, audiovisual and digital fields, both nationally and internationally. Eric Garandeau is also a novelist.

Antoine Garapon is a lawyer and judge. After his studies at the National School of Magistrates, he was appointed as a juvenile court judge in Valencienne and then in Créteil. He then became a lecturer at the National School of Magistrates. Since 2004, he has been Secretary General of the Institute for Higher Studies in Justice. Co-director of the editorial staff of the journal Esprit, he directs the collection Bien commun at Editions Michalon and hosts a weekly programme on France Culture, Matières à penser. His latest publication (with Jean Lassègue) is La justice digitale : Révolution graphique et rupture anthropologique, (PUF, 2018).

Denis Malvy is a physician and professor of infectious and tropical diseases since 2005. He is Head of the Tropical Medicine and International Clinical Health Unit at the University Hospital of Bordeaux, and Director of the Department of Tropical Medicine and Health at the University of Bordeaux Medical School. His research focus is translational research in global health oriented towards clinical research in epidemic context. He has been involved for several years in intervention and evaluation of care in humanitarian crises and in war and civil conflict settings. He is the coordinator of studies and clinical trials conducted in sub-Saharan Africa, a focus of the INSERM 1219 center for infectious diseases and southern countries team, which he heads. Since 2019, he has been a corresponding member of the French National Academy of Medicine. He is also an Episcopal Advisor for the Romanian Orthodox Metropolis of Western and Southern Europe. He is a member of the COVID-19 Scientific Council.

Many organizations and individuals have already become participants in the Institute:

This list of partners is open to anyone willing to contribute their insights and ideas. The Covid-19 Ad Memoriam Institute will get closer to similar initiatives in other countries, thanks in particular to the scientific partnership with the World Health Organization.